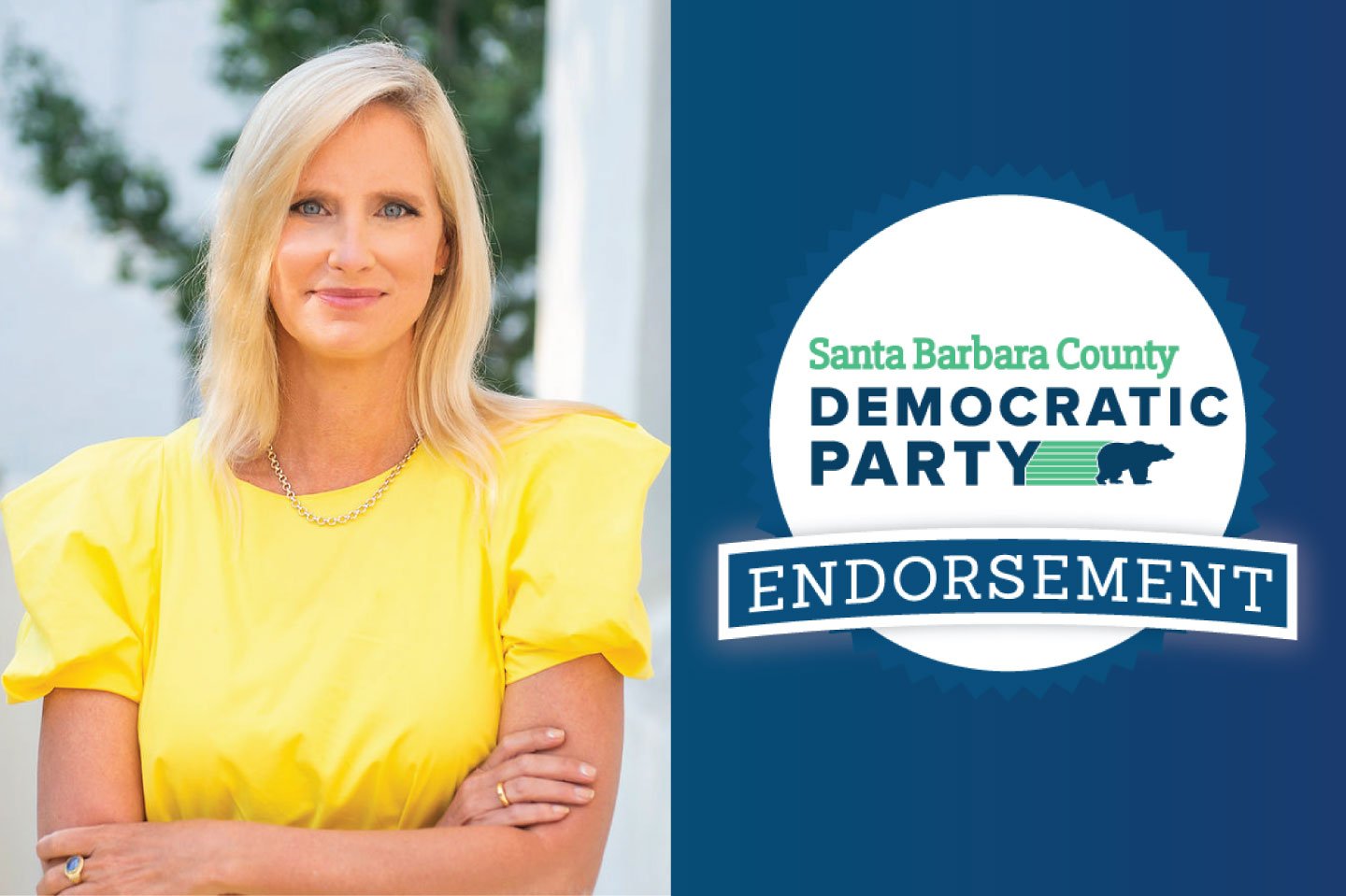 “We are proud to endorse Laura Capps’s campaign for Second District County Supervisor. During her service on the SBUSD Board of Trustees, Laura has exhibited strong leadership on issues affecting our County – spearheading the transition to clean energy, ensuring all students have access to basic needs, and prioritizing health and safety throughout the pandemic,” said Democratic Party Chair Darcél Elliott.

Elliott continued, “We look forward to seeing her bring her skills and Democratic values to the County Board of Supervisors, and help lead the County through what lies ahead.”

Laura has worked with nationally recognized non-profit organizations including the Ocean Conservancy, and The Climate Reality Project. She has championed advocacy efforts to alleviate poverty across California.

Capps was elected to the Santa Barbara Unified School District Board of Trustees in 2016. During her time on the Board, she has championed environmental sustainability and student success, and stood up against right-wing bullies who seek to erode public education.

The election for the Second District Board of Supervisors will take place during the Primary election in June of 2022. All voters will be mailed vote-by-mail ballots in early May.

The Santa Barbara County Democratic Party endorses candidates running for County, City, and local office based on their alignment with Democratic values, expressed in the Democratic Party Platform, including social, economic, and environmental justice.

The Democratic Party will consider endorsements for registered Democrats running for other County offices at their April 2022 Central Committee meeting.

“All people interested in our endorsement process, or any other aspects of the Santa Barbara County Democratic Party should visit sbdems.org/endorsement,” said Elliott.

Elliott concluded, “The Democratic Party appreciates all candidates who wish to serve the public, and welcomes all Democratic candidates to apply for our endorsement.”