Santa Barbara is under attack 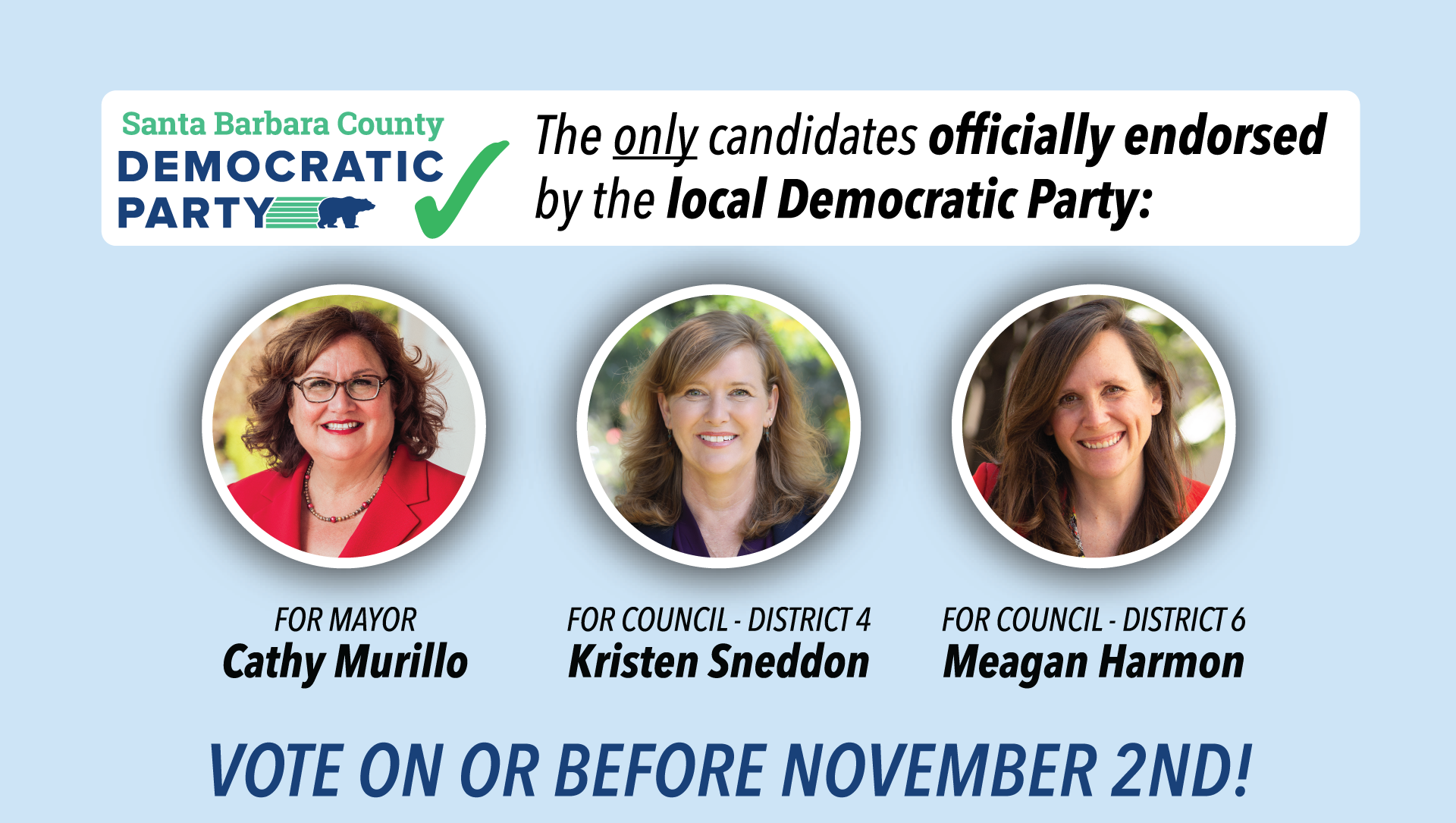 We need your help.

In 2016, the foundation of our democracy was shaken when Donald Trump was elected President. His opponent, Former Secretary of State Hillary Clinton, was the most qualified person to ever run for President. But after years of false rumors and sexist attacks from Republicans and the news media, voters did not turn out in sufficient numbers to elect her, and America was stuck with four years of Donald Trump.

Today, we are at risk of history repeating itself in Santa Barbara. Mayor Cathy Murillo and Councilmembers Kristen Sneddon and Meagan Harmon are champions of Democratic values with the experience to continue fighting for what we care about. They are being challenged by special interests and Trump Republican donors, who have waged a campaign of misinformation to unseat them, because they have stood up for Democratic values.

Cathy, Kristen, and Meagan have championed the things that Santa Barbara voters care about most:

So, it’s no wonder they’re being attacked – but we will not be phased. We know Democrats cannot afford to be be divided, because we know that preserving our Democracy starts here at the local level.

Cathy, Kristen, and Meagan have had our backs. Now it’s time for us to have theirs. Can you sign up for a shift to volunteer to preserve our Democratic City Council? Our efforts to reach voters and tell them the truth about what’s happening in this election are going to be the difference between keeping Santa Barbara moving forward, or sliding backwards under conservative control.

To the thousands of Santa Barbarans that are standing up, we thank you. Let’s win this election and preserve democracy and progressive values in Santa Barbara.