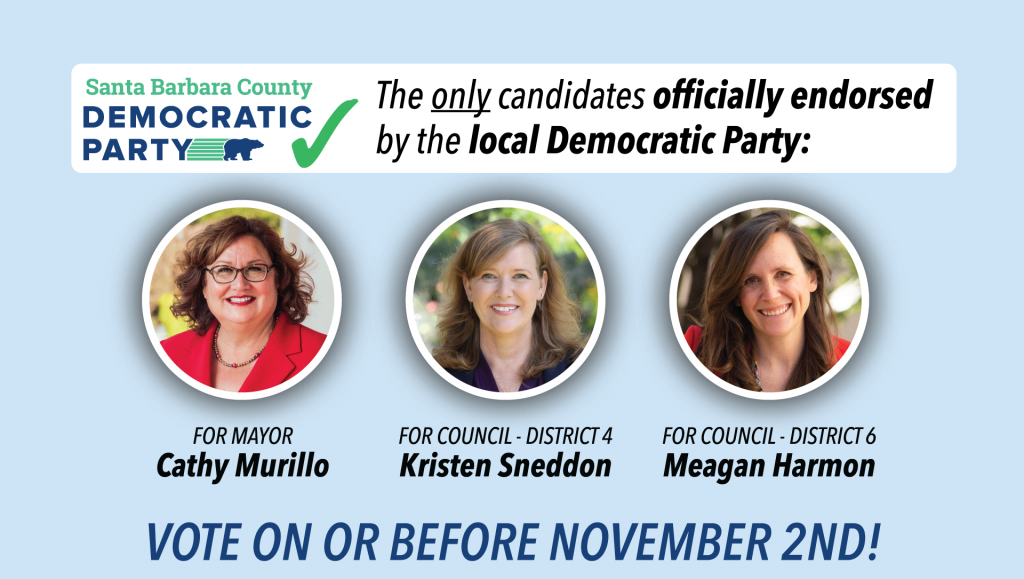 Santa Barbara is under attack

We need your help. In 2016, the foundation of our democracy was shaken when Donald Trump was elected President. His opponent, Former Secretary of State Hillary Clinton, was the most qualified person to ever run for President. But after years of false rumors and sexist attacks from Republicans and the news media, voters did not 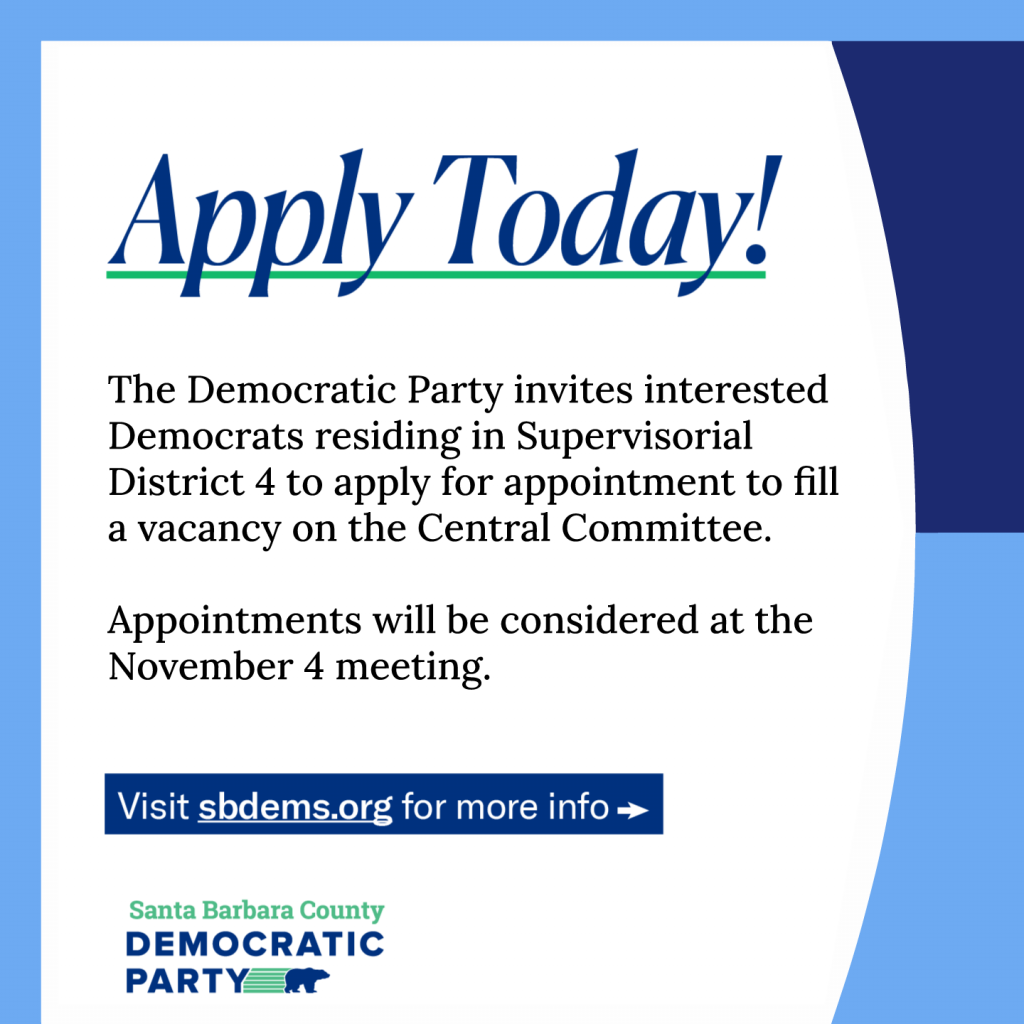 Apply to be appointed to the Central Committee

The Democratic Party invites interested Democrats residing in Supervisorial District 4 to apply for appointment to fill a vacancy on the Central Committee. Appointments will be considered at the November 4 meeting. Check your voter registration status here. Please submit a letter of interest to the Chair by emailing darcel@sbdems.org and plan to attend the meeting for an